Schedule An Appointment
See how the Ashford Center can help with

Painful periods range from mild aches to such severe pain that you can’t do anything but stay in bed and hug a heating pad to your body. For women who are in their childbearing years, the usual solutions involve manipulating hormones with either birth control pills or a hormone infused IUD. However, if a woman’s childbearing is complete, there is usually a superior solution to the problem of painful periods.

Drs. Clint and Rebecca Ashford specialize in innovative solutions for women who are suffering unnecessarily from painful periods.

Menstruation happens when the uterus sheds its lining. Some pain is normal. Pain that keeps you from work or school is not normal.

Some people have pain in their bodies when they bleed from their wombs. This is called dysmenorrhea. There are two types: primary and secondary, both of which can be painful.

Primary dysmenorrhea is when you have pain before and during your period. Sometimes, this pain can happen later in life and be called secondary dysmenorrhea. A condition that affects the uterus or other pelvic organs like endometriosis or uterine fibroids can cause this.

It is not always possible to know why menstrual periods are painful. Sometimes people are just more likely to get them that way.

If you have PMS bloating:

Call the experts at The Ashford Center today, or schedule a consultation online to learn more about this procedure.

A cluster of symptoms that occur in women with an imbalance of insulin and androgens.

This is a health condition where cells that grow in the uterus grow in other parts of the body. They usually grow on the ovaries, fallopian tubes, or tissue lining the pelvis.

Fibroids are tumors in the uterus. They can cause strange periods, but sometimes they do not hurt at all.

Ready for a better quality of life?

It just might be a phone call away.
Schedule An Appointment

How Can Advanced Endometrial Ablation Help With PCOS Symptoms?

Advanced Endometrial Ablation doesn’t directly cure PCOS as such, but it may be a good option for treating some of the symptoms associated with this condition. More specifically, it’s a highly effective way to stop heavy bleeding and pain. It also makes women feel better with respect to PMS symptoms, which in turn helps them focus on a healthier diet and exercise, further alleviating the entire PCOS situation.

Advanced Endometrial Ablation is a procedure that gently removes the hormonally active lining of the uterus. This tissue, called the endometrium, responds to monthly hormone cycles and thickens for a few weeks, then breaks down and sheds as a monthly, period.

To learn more about how Advanced Endometrial Ablation can relieve PCOS symptoms, call The Ashford Center or book a consultation online today.

What is Polycystic Ovary Syndrome (PCOS)?

Polycystic Ovary Syndrome (PCOS) refers to a cluster of symptoms that occur in women with an imbalance of insulin and androgens. High levels of insulin cause blood levels of androgens to increase. Women normally produce a small amount of androgens, including testosterone. But when androgen levels get too high, the ovaries can’t work normally and ovulation either stops or becomes irregular.

What is Low Libido?

Low libido means having a low sex drive. The desire to have sex varies enormously between different people, so it’s difficult to define what is normal in a broader sense.

Low libido is only a problem if it’s causing distress and affecting important relationships. Dr.

Clint Ashford and Dr. Rebecca Ashford are specialists in helping women who are having hormonal imbalance problems, including low libido. They are committed to providing compassionate and effective care and will customize a treatment plan that is right for each unique patient.

Fibroids are benign growths inside the muscle portion of the uterus. Women who have fibroids are usually unaware of them because they experience no symptoms. Fibroids usually don’t affect the ability to conceive or have a successful pregnancy, and they often cause no problems at all.

It’s possible for fibroids to develop at any time until menopause, and they can vary in size from microscopic to being large enough to push the walls of the uterus out of shape. There can be one or many fibroids, and a mixture of different sizes at the same time.

How Does Advanced Endometrial Ablation Help With Endometriosis?

Advanced Endometrial Ablation is a minimally invasive procedure that gently removes the hormonally active lining of the uterus, the endometrium. Because the endometrium is responsible for part of the cascade of hormones during the cycle and is also producing neuroactive peptides responsible for dysmenorrhea and PMS, removing the endometrium can prevent stimulation of the cells growing outside of the uterus and thus can decrease monthly pain. Research by Dr. Ashford and his team has demonstrated that Advanced Endometrial Ablation can relieve symptoms of monthly pain and PMS for most women.

The experienced team at The Ashford Center has treated thousands of women who have been diagnosed with endometriosis, and their goal is to give each woman the help she needs to navigate this painful condition.

For women who have been diagnosed with endometriosis and have completed childbearing, Advanced Endometrial Ablation is a safe and effective treatment option.

If you’ve been diagnosed with endometriosis and you’re searching for ways to ease your symptoms, call The Ashford Center or schedule a consultation online today.

Endometriosis is a condition that develops when endometrial tissue (the hormonally sensitive tissue lining the inside of the uterus) begins to grow outside the uterine cavity. These patches of endometriosis most often grow on the outer wall of the uterus, fallopian tubes, and ovaries. Although it’s not as common, endometriosis can also grow on the connective tissues in the abdomen, bladder, intestines, and elsewhere.

While there are several theories about how uterine tissue ends up outside the uterus, many experts believe that some of the menstrual blood flows backward, going through the fallopian tubes and out into the abdominal cavity. By some undetermined mechanism, endometrial cells then begin growing in areas where they’re not intended to grow. In general, a woman’s immune system reacts to this inappropriate growth by causing inflammation and pain.

Dr. Clint Ashford is the leading expert in the field of Advanced Endometrial Ablation, a minimally invasive procedure that ends periods permanently and effectively eliminates premenstrual headaches and migraines.

Advanced Endometrial Ablation is only suitable for women whose families are complete.

For more information, call The Ashford Center or schedule a consultation online today.

How long does bloating typically last?

Most women typically experience bloating well before the start of their period and will stop immediately once menstruating begins or for a few days into it.

When should you see a doctor?

If you are experiencing bloating that does not go away after your period and/or if it is severe enough to affect your daily life.

Advanced Endometrial Ablation is the only procedure besides a hysterectomy that permanently stops heavy periods. The procedure is quick, simple, gentle, and performed under light sedation so you can get back to normal activities the next day.

Once the ablation procedure is performed, most patients NEVER have another period, while a smaller number have significantly lighter periods--maybe a day or two of spotting from time to time.

Note: Advanced Endometrial Ablation is a permanent procedure. It is only appropriate for women whose childbearing is complete.

If you suffer from problems with your periods, call The Ashford Center or book an appointment online today.

Yes, especially if the woman’s symptoms cluster before or during periods.

Does The Ashford Center treat PCOS?

Once child-bearing is complete, Endometrial Ablation frequently makes a huge improvement in the symptoms women have who’ve been diagnosed with PCOS.

After Endometrial Ablation, will I ever have another period?

85% of our patients never have another period. The remainder may continue to have a day or two of spotting from time to time, especially if they have fibroids.

I’ve heard that periods cleanse the body of toxins? Is that true?

Yes. As the lining of the uterus (endometrium) degenerates, it does release a toxin that causes many women to experience fluid retention, abdominal bloating, headache, irritability, fatigue, chocolate cravings, as well as other symptoms. The menstrual periods expels these toxins and these symptoms subside. After removal of the endometrium with the Endometrial Ablation procedure toxins are no longer released, and most women’s PMS symptoms go away for good.

Ready for a better quality of life? 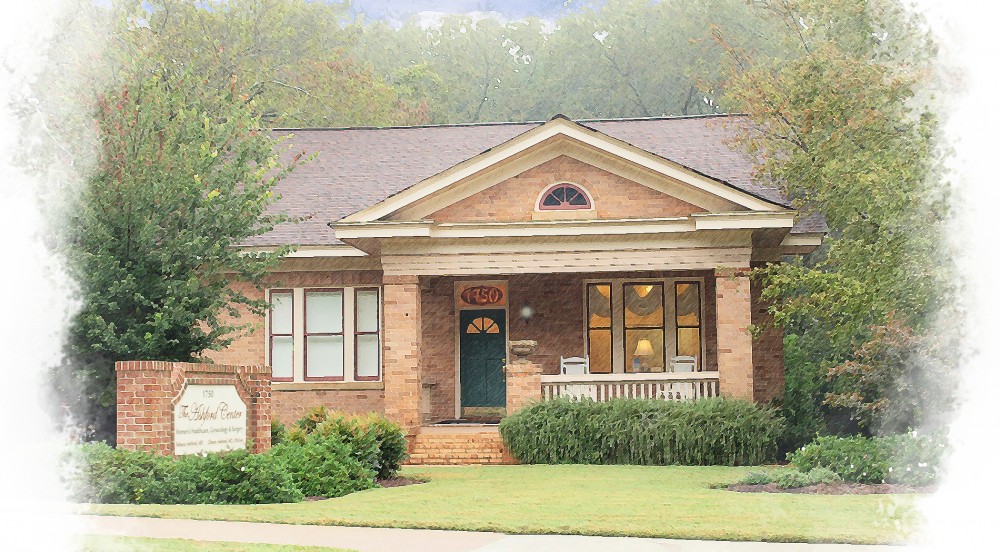 You'll be glad you did!

Dr. Ashford will review your options and discuss all the aspects of endometrial ablation.

It's your life! We want what is best for you. After your consultation you will be able to make an informed decision and get a better quality of life.